He Sings Over His Daughter

Shout for joy, O daughter Zion!
The Lord, your God  is in your midst;
he will rejoice over you with gladness,
and renew you in his love,
he will sing joyfully because of you!

In the Hebrew scriptures, God almost always refers to himself with masculine imagery—father, husband)—but his people (and later the Church) are sometimes describes as his children, his son, and—especially when Zion is spoken of—his daughter. Gaudete Sunday isn't just a day for us to rejoice in God, but when we realize he rejoices over us as a father does over his beloved daughter.


I’m not gonna talk about Jesus today. I’m gonna talk about the first reading from the prophet Zephaniah. He’s one of the minor prophets, we don’t get to see him very often, he pops up just a few times over the years, but it’s a great one from him- It’s Guadete Sunday- it’s the Third Sunday of Advent, we’re over half way to Christmas, actually, more than 2/3rds. Rose Candles, rose vestments, it’s a time of rejoicing.

Two cool things to catch from today’s reading, one at the beginning, and one at the end. So at the beginning, look what he says: “Shout for joy, O Daughter Zion; Sing joyfully, O daughter Jerusalem!” There’s a lot of joy, it fits with the theme, but who is he talking to? He says “O daughter Zion, O daughter Jerusalem.” That’s an interesting thing, to call her a daughter. So let’s talk about gendered language in the Bible, specifically in the Old Testament.

God Himself doesn’t have a gender because he doesn’t have a body. Jesus takes on a body at the Incarnation so he definitely is called a “he,” always. But before that, He, and the Holy Spirit and the Father, don’t have a body so they’re not properly gendered, but God always reveals Himself using “He.” All throughout the Old Testament, God always reveals Himself in a masculine way. Often times then, the people are described in feminine terms, but not always. Sometimes they are “His children,” sometimes they are “His son,” often times though, and especially when we talk in certain ways, the description is feminine. Sometimes, He describes that he is going to marry Himself to them. That makes sense, it’s a covenant, and marriage is an example of a covenant. Sometimes the language again is childlike, but especially when we talk about Zion, it’s always “daughter.” Now don’t be confused, don’t be all “wait you said we’re talking about marriage, but now you’re talking about ‘daughter,’ that’s weird.” No. It’s a metaphor. Again, God always uses masculine for Himself, but when He uses metaphors, it can be different. In Isaiah, He sometimes uses even motherly metaphors. God is described as being a mother who is worried about her child, or wanting to gather her children to herself, or the longing she has for a child. Those are metaphors. But it seems like, most of the time, when referring to Jerusalem or Zion, the expression is “daughter-ish.” This even gets taken up in the New Testament- we always refer to the Church as a “she.” But here let’s focus on this daughter idea, that God has this daughter that he’s saying to be joyful. That makes sense.

But now look to the end of the reading. Look to what the joy is about there. These last three lines:
“The Lord, your God is in your midst, a mighty savior; he will rejoice over you with gladness, and renew you in his love, he will sing joyfully because of you, as one sings at festivals.”

Notice the joy is going a different direction now. The Father, God, is rejoicing over His daughter. “He will rejoice over you with gladness, he will sing joyfully because of you.” That’s just a great image when you pair this with the beginning of the reading. Because you have this Father singing over His daughter, rejoicing over His daughter. And you can picture it, whether she’s a little baby in the crib and he’s looking over her, singing her a lullaby, rejoicing over his daughter. That’s what Zion is like. Or she grows up and she’s 5 years old and puts on her favorite dress and comes dancing around the living room, she twirls for dad and puts on her favorite tiara, like “Dad, do you like my dress, do you like my dance, do you like how it twirls?” and he rejoices over her, he sings over her, he’s proud of her, he’s excited. “I love your dress, I love how you dance, I love how it twirls.” And then even as she grows up, and he’s ready to let her go out of the house, there’s still that singing over her, that joy over her. Just last Saturday, I got to do a wedding and every wedding we have the same thing. The Father leads the bride down the aisle, and yeah, he’s going to hand her off, he’s gonna say “that’s right, boy, she’s gonna call you now when she has car trouble.” There’s a certain surrender there, but it’s a joyful sort of thing. And that last moment, that last hug, those last words, there is a singing over his daughter, a rejoicing over his daughter.

So it’s cool- at the beginning, the daughter is told to be joyful because God is there, and exult in her heart about her Father. We’re told that it’s not just one way- God rejoices over us, Zion, Jerusalem, and His Church, His people. He sings over us, He’s filled with this joy and delight. That’s an awesome image to have for Guadete Sunday, that it’s both directions. We’re going to come to Christmas here really really soon. And yes, there will be rejoicing in the moment when the angels and the shepherds and Mary and Joseph all come to rejoice, but know that God is rejoicing too in that moment- He’s singing over His people, and really, sending His Son to be our savior is His ultimate way of really singing and rejoicing over His people. 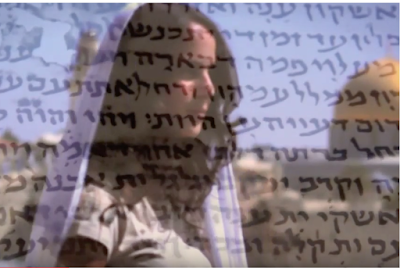