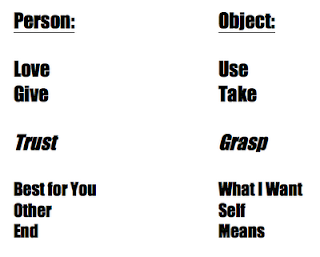 Be Fearless in Opposing the Obama/HHS Mandate!

This is a two-for-one deal on homilies.  I preached Sunday night (2/12/12) at Hastings College's student Mass (great group of kids!) and I combined bits from the Conscience homily with a slimmed down version of the parish, monster-sized homily on Contraception from that morning.  The main parts skipped were the history of contraception and the Four Christmases quotes.  It's about 19 minutes and it's 4.4 MB.  Oh, and there's some pretty stupid banter in there at times too.  I'm a dork, and I can't resist my true form.


Click here to go to the link to download or stream!
Posted by Fr. Faulkner at 11:19 PM No comments: