Jesus' prediction of his suffering and death (and a resurrection of the third day) come in the liturgical year exactly halfway between one Holy Week and the next. The way things are put together in Year B—the year we follow Mark's gospel—we get illustrated for us Jesus' plan for a humble and selfless life, connected to his rejection by the leaders for this plan of life, and then that rejection's direct connection to his death. And we see both the mockery of his enemies (prophesied in Wisdom) and how God will vindicate his Messiah in his own time.

And yes, for the second time in three weeks I am getting this out on a Saturday afternoon before the next Sunday's homily get crafted. Technology hates me. 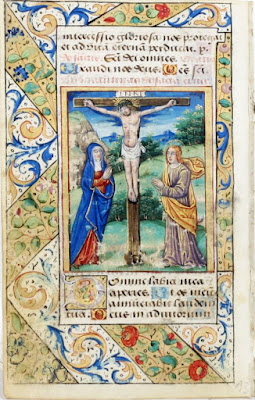 The Son of Man Must Suffer

Jesus rebukes Peter for thinking as men do, not as God does. This makes sense since 1) Peter is human and thinks in human categories and 2) Jesus just acknowledged that he is the Messiah who was promised, and yet a moment later said that he would be rejected, suffer, and die.

And if we’re honest, 2,000 years later we're not a lot better at wrestling with ideas of Jesus and Isaiah that a Servant of Yahweh should suffer. We might believe it for Jesus, but we don’t much accept it for ourselves, for people we know, or for the Church or the world as a whole. 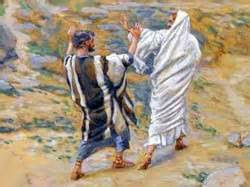 Why did Jesus do many miracles, but we, even in the Christian world, do not see miracles today? How do we understand them back then? Was it just to prove a point, and if so, what was that?

Why don’t we see miracles today?

Even apostles could do some specific ones.

There are two questions we need to ask ourselves with that thought:

First, does healing people on earth seem like one of God’s major goals?

And second, what did the healings mean?

To the first—does healing people on earth seem like one of God’s major goals—I think we have to answer rather confidently to that with a firm “No”.

I’m not saying that’s the answer we want.

But the evidence does seem to lean heavily in that direction.

Miraculous healings by holy people—even people who would go on to be canonized saints—are relatively rare.

Sure, each canonized saint had to have at least two miracles attributed to their intercession after they had died to show that God is responding to them...

...but that is seen as being more about providing a sign of divine connection, than it is about God trying to heal the ills of the world through miraculous means.

I think we have to say that on the whole, the number of documentable divine healings is less than the number of times someone was not healed of their affliction...by several degrees of magnitude.

And that actually makes a certain amount of sense.

For at least three reasons

3- Being quite honest with ourselves, we are a rather selfish and self-important species, and most of us grow more in virtue and trust when we face misfortune than we do when we abound in health and wealth and beauty and talents.

We tend to be better people when we share in the weakness of Christ crucified than when we are strong and confident.

Weakness, meekness, and poverty seem to be Jesus’ recommended qualities.

Hint of that at the end of our 2nd reading today: “Did not God choose those who are poor in the world to be rich in faith and heirs of the kingdom that he promised to those who love him?”

So if that, in part, answers the first question: “Does healing people on earth seem like one of God’s major goals?”

What answer do we give to the second: “What did the healings in the gospels mean?”

Jesus’ miracles were never for his benefits, and they seem to be only in part for the benefit of the sick and infirm he helped.

Didn’t travel far; handful of towns that already believed in the Hebrew God.

Didn’t hand out the power to more than a few for a limited time.

Healing wasn’t the goal of his mission.

As he says in Luke’s Gospel, “if I cast out demons by the finger of God then the kingdom of God is upon you.”

In the past, we tended to focus on these miracles exclusively as proofs that Jesus was divine— God come in the flesh.

Part of that was us trying to read our concepts of God back into Jesus his story, because we were arguing with atheists or people of other religions who wanted to say Jesus is just a good man and not God.

But we need to realize that the average Jewish person in 30 AD was not looking for God walking around.

They really wouldn’t even know what that phrase could mean.

There was nothing in their scripture to suggest that was a possible happening to be on the lookout for.

And notice, in that passage from Luke I just quoted, Jesus doesn’t say “if I cast out demons that proves that I’m divine”

No, he said that “if I cast out demons by the finger of God, that is proof that the kingdom of God is upon you.”

This then should help us understand what’s going on here.

It especially helps us see why this gospel passage is assigned this particular first reading.

As I said two weeks ago, the first reading on a Sunday or holy day will always be chosen to highlight something for the gospel that day.

“Do not be frightened! Fear not!”

Vindicate you among the nations.

Not to heal you

“With divine recompense he comes to save you”

If you go just a bit further in this chapter, Isaiah 35

A highway will be there,
called the holy way;

No lion shall be there,
nor any beast of prey approach,
nor be found.
But there the redeemed shall walk.

And then it says this:

And the ransomed of the LORD shall return,
and enter Zion singing,
crowned with everlasting joy;
They meet with joy and gladness,
sorrow and mourning flee away.

Yes, there will be amazing signs: the lame will walk, the deaf will hear

Even the earth will be changed

But what is it saying?

These are the signs that the people will be coming back from exile.

From the Babylonian captivity

Rejoicing and miraculous signs will accompany them.

But wait, you say, in Jesus’ time, weren’t they already back from exile?

Here is what we don’t get—and I mentioned this in Advent and Lent this last year—for the Jewish people, just because they returned geographically to Judea, they didn’t feel like the exile was over.

Because if you take what they had been reading in Isaiah and Ezekiel about the return from exile, there’s a whole lot of promises that hadn’t been fulfilled yet.

Think of what they had Lost in the Babylonian exile:
Land
City
Temple
Presence of God in the Temple
Kingly line going back to David and Solomon
Independence

When they returned to Judea in 537, all they got back was their abandoned capitol city and some land around it.

And they still had no king and were under the rule of first the Persians and then the Greeks, then the Romans.

This is what else Isaiah and Ezekiel had promised the return would look like:
Return of all captives, including the 10 Lost Tribes
Greater land
Victory over pagans
Free of foreign control
Amazingly fruitful land
Glorious city which people stream to
Restored temple
Holy priests
God’s physical presence in the temple will return
Presence forever
Light to the nations
Righteous kings
Unbreakable bloodline
Purify the land
Eradicate idolatry

None of those things happened

This is why the people were so anxious.

Always on the lookout for who would restore their fortunes.

They were waiting to see if Isaiah’s prophecies would ever be fulfilled, including the extraordinary promises of Isa 35

J comes and does miracles

Gospel today ends by saying:They were astonished. He has done all things well. He makes the deaf and the mute speaks

Is that just because they saw he can heal us? Like a free clinic.

No. They saw the writing on the wall. They knew their Isaiah prophecies.

When someone comes who can make the deaf hear and the lame dance...

...They know that the rest of the covenant promise is about to be fulfilled

They know that restoration is coming

That vindication is coming, as Isa 35 said

That salvation is coming

He’s saying look: here’s the proof that I am coming to fulfill the promises and renew the covenant

I come doing the things you have been waiting for

I will save you, but maybe not as you thought, from the Romans

I will vindicate you, but maybe not as you assumed

I am the promise-fulfiller, and he had to show that he was qualified to be that

That’s why he did miracles.

So when we see these things, it’s not just that J likes healing people or feels that he has to, but that it is the sign which they can understand.

And what time is it, when J comes preaching and healing?

It is the time of their vindication, salvation, and redemption 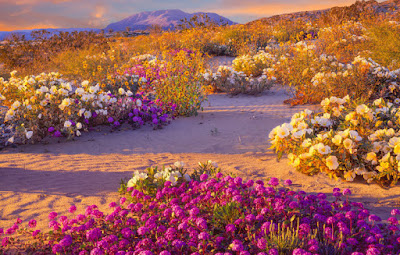 Weightier Things of the Law

There is a core to the Law, the Torah. It is the ethical demands summed up in the 10 Commandments, but presented throughout. Jesus did not change these; in fact his goal was to emphasize them when other would've made them secondary to tiny prescription of ritual purity. Around that core is the rest of the 613 commands of the Jewish Bible. Jesus kept those in his day, but the Apostles—interpreting what he said here and elsewhere—felt safe in making those ritual requirements optional, while still insisting on the moral core found in the Decalogue and highlighted in Jesus' teachings. Finally, around that second layer of the Mosaic Law, there had grown up traditions that were good up to a point, but that Jesus sees the people choosing to focus on while "neglecting the weightier things of the Law" through their focus on picayune things of manners and customs while turning a blind eye to what really mattered: the ethical choices of the heart. In the heart, in the will, lies virtue and vice, goodness and evil, purity and that which defiles. 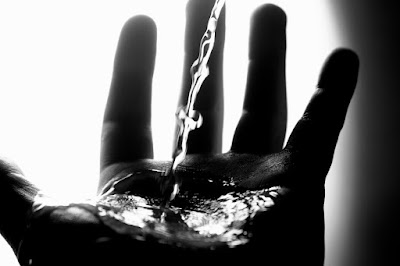