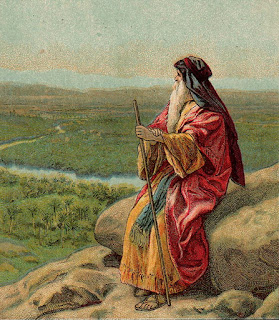 Today's homily—talking about private prayer, the upcoming Rosary crusade, and the story of little Abel's time—has a lot of ad libs and storytelling and important emotional features. Because of this, I'm not bothering to attach a text version of it. (If you're looking for just Abel's story, it starts about 13:00.) 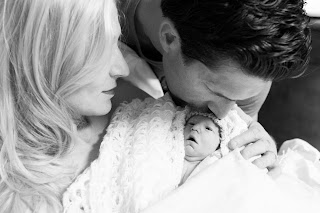 Over the last year, probably unbeknownst to most parishioners and blog followers, I was crafting an extended reflection on why and how we worship. Now that 2017 is over I want to put all the little pieces back together in on a single frame. This way the continuity and flow are evident, and also if other priests want to beg, borrow, and steal liturgy ideas they can find them all in one place.

Really it began at Easter with the "People don't die for what they know they made up" homily. That sermon was evangelical and apologetic, but for the purposes of worship and beauty, it's necessary first to establish that Jesus and his resurrection are real, otherwise were just making up fun little pantomimes for a outdated fairytale.

The next layer of foundation was laid on Trinity Sunday. First, I challenged the idea that we need to be able to understand and explain verbally everything we hold to as Christians (hint: we don't). Second, I wanted to get people pondering the idea that we are here to worship. Not just to pray, or to ask for for things, or even to be close to God, but to worship—a term Catholics have largely surrendered to the Evangelical Christian world and their music.

The two big, direct, set-up pieces were the homily on beauty and symbol and sacred actions ("If I could've explained it I wouldn't have needed to dance it") and the one on our insatiable desire for stories, our instinctive use of imagination, and our need to read the Christian narrative as the amazing story it really is, by reclaiming theological imagination.

Then, at the beginning of October, I started us looking more intensely and practically at our own worship as I introduced ad orientem worship here with the "I wish I had a hat" homily. (A funny sidenote: when I wrote the "If I could've explained it..." homily, I intended that to be a set-up for ad orientem, but actually as I wrote the "Hat" homily I realized that everything about AO was not mysterious and really quite explicable.)

After ad orientem worship began I started to write weekly blurbs in the bulletin to cover topics and questions I couldn't get to in Mass. I republished them on the blog here and here and here.

On November 1st, I reflected on the roles of the saints in our liturgical worship and specifically talked about the reason saints are placed in a high altar/reredos and how that works with our theological imagination of praise and intercession.

Finally, on the Sunday after Christmas I had us reflect on the Christmas Preface about "The wondrous exchange", the admirabile commercium. And after we pondered the up and down, back and forth nature of Christmas, Christian life, and divine worship, I went to the altar and showed how the two turns at the Liturgy of the Eucharist demonstrate this two-fold divine exchange perfectly.

So, I think we have covered what we needed to cover about our worship for the moment. We are praying all together now, facing the same direction, and this now, all together, was the full story of how we got there!

PS: There was a great article by Msgr. Charles Pope last week about how even a non-ad orientem parish can start doing their worship differently and praying more clearly to the Father. We already had a lot of these pieces in place, and I think that helped us make what is not an easy transition. Also I encourage priests to use all available tools they have with their eyes, heads, and shoulders to help people to realize that they are talking to the Father, even when praying versus populum. 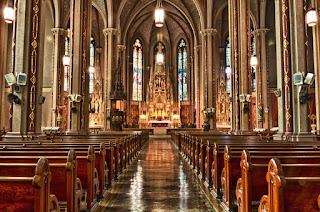